SHERIDANWYOMING.COM | LIFE ALONG THE BIGHORNS

A Fort Washakie man was arrested and indicted for carjacking, assault resulting in serious bodily injury, and assaulting a federal officer. According to the United States Attorney’s Office for the District of Wyoming, 33-year-old Shane Blackburn recently pleaded not guilty to the charges in federal court before U.S. Magistrate Judge Teresa M. McKee. Blackburn was remanded to the custody of the U.S. Marshals, and a jury trial has been set for March 14 before Chief U.S. District Judge Scott Skavdahl.

If convicted on all charges, Blackburn faces up to 45 years in prison and fines and special assessments of over $750,000. The crime is being investigated by the Federal Bureau of Investigation, the Bureau of Indian Affairs, and the Fremont County Sheriff’s Office. 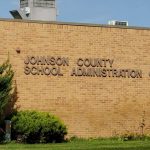